Kuami Eugene has announced that his new family is EMPIRE Distribution, Records and Publishing Inc.,  just two days short after causing speculations that he was leaving Lynx Entertainment.

The “Open Gate” hitmaker, shared via a tweet that he’s officially a member of the Empire family.

EMPIRE Is An American Distribution Company And Record Label founded In By Ghazi Shami With offices In New York City, London, Nashville, And Atlanta. EMPIRE became famous for their work with artists such as XXXTentacion, T-Pain, Kendrick Lamar, and Cardi B. And they are spending and spreading massive resources on African musicians expecting proportional returns. Building on the success of Nigerian artists like Fireboy DML and Olamide, EMPIRE recently announced the launch of EMPIRE Africa.

Kuami Eugene will now join the likes of Black Sherif, Yaw Tog and Kidi for music distribution at Empire. 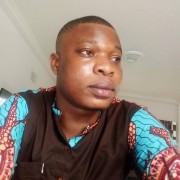 Meet The Man Who Translated The Bible Into Yoruba

I don’t have any nipples – Stephanie Benson opens up about her breast cancer scars.....